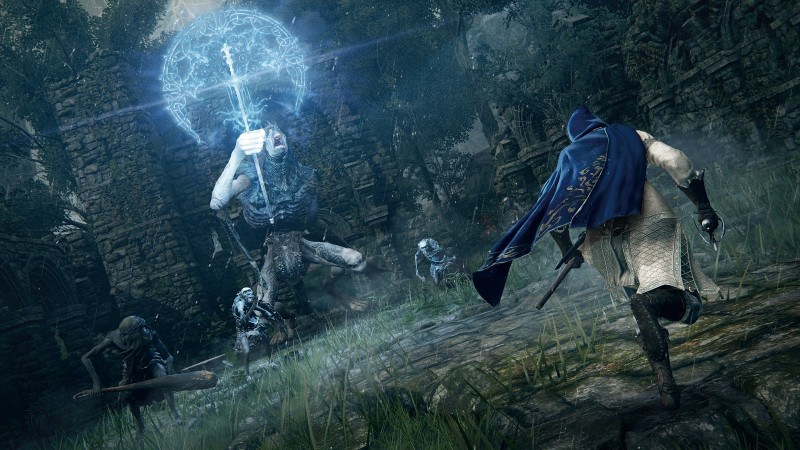 Ohhhhh, Elden Ring! For years, we’ve wondered when this dark fantasy collaboration between From Software and G.R.R. Martin would be coming. We have a release date and a ton of information regarding this open-world take on the From Software action-RPG formula. Elden Ring takes aspects of the Souls franchise, Bloodborne, and even Sekiro and rolls them into one epic amalgamation. Got questions? We’ve got answers. Let’s break down everything we know about Elden Ring.

Who Is Making It?

From Software has essentially redefined itself over the last decade as the one to beat in the action-RPG genre. From a game destined for failure internally, Demon’s Souls, to come out of the gates blazing as a game that played by its own rules and challenged players to explore, discover, and struggle during a time when heavy-handed tutorialization was becoming the norm. From Software is helming this project, with some of the story, lore, and world-building coming from a collaboration with A Song of Ice and Fire’s G.R.R. Martin.

Who Am I Playing?

You play as a Tarnished, attempting to restore the shattered titular Elden Ring. Like many of the Souls games, you create your own character here to use from scratch. You can play as a brutal melee bonecrusher, an adept magic-user powered by weaponized wizardry, an archer, or any combination of multiple fantasy archetypes. As always, you won’t be ruled by your starting kit, and can take your character in any direction you wish over the course of the game.

How Does The Open World Work?

There are six critical “Legacy Dungeons” featured in Elden Ring that feature huge bosses, fog gates, and tons of secrets to discover in a typical looping From Software dungeon design. These areas are NOT present in the open world and are isolated, gated-off instances that preserve the nature of a curated dungeon experience. However, outside in the larger open world, you can ride your spirit steed at lightning speed all over the place, teleport to obtained checkpoints at will, and roam around to find all kinds of secrets, mini-dungeons, and even field bosses. While these experiences are isolated from each other, you’ll take all the special items and abilities discovered in the open-world into those legacy dungeons to give you a fighting chance against the challenging bosses and twisting levels that are found within.

What Tools Do I Have To Fight?

Like most other games in the From Software suite, you can “level up” at checkpoints using obtained currency, which will make battles much easier. Of course, finding new weapons, spells, and abilities is also critical to success. Co-op play is available, and you can have up to two other allies helping with a boss or an area. Stealthy play can be extremely helpful. With a chapter out of Sekiro, grass, and other areas to hide in and move around giant dangers. Or perhaps you wish to sneak up and pick off large packs of enemies one at a time, making a lethal scenario far more manageable. Elden Ring also introduces the concept of non-player-character summons on demand, which let you collect and upgrade various spirits that can be unleashed to offer serious support, from a gaggle of goblins that tank or attack and more importantly, distract and take the attention from a boss monster or many enemy targets that would be overwhelming to take by yourself. While there’s no doubt that Elden Ring is likely to be challenging, there are many tools and strategies to explore that give you the edge. 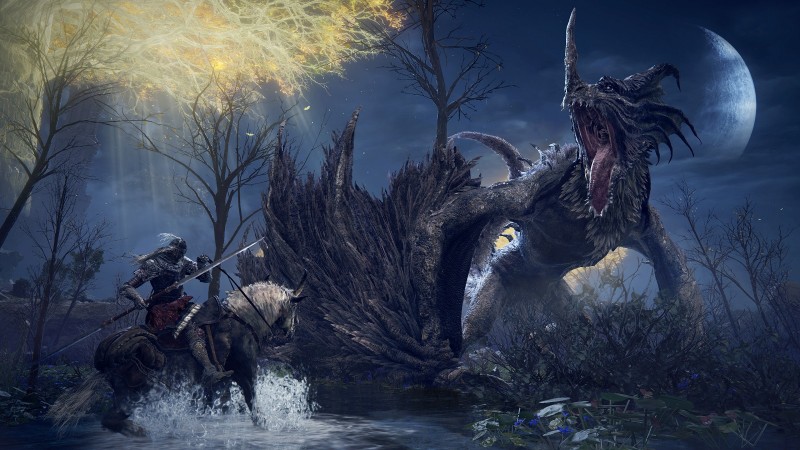 No way. While the core is absolutely based in From’s master of ARPGs and contains many of the same framework elements like checkpoints, fog gates, big boss battles, and levels full of secrets (that no doubt have elevators that you can jump off of in motion to find hidden areas), the open world and everything about it add serious and significant gameplay alterations. Map fragments let you unlock the mysteries of the overworld, you can blast around the world with unbridled speed and verticality thanks to the spirit steed, and explore areas and encounters that are absolutely massive in scale and scope to anything that’s in existing From games. More importantly, because of the open-world aspect, you can truly build your own path through the game. While everyone is going to head though the legacy dungeons, how you traverse the open world, what you find, when you find it, and how you use them offers some incredible new choice aspects to the formula, far more than the minor branching paths that players are familiar with from Souls. That said, if you like the Souls games, you’re probably going to be right at home immediately.

When is the game coming out?

Elden Ring is scheduled to release on January 21, 2022 on PlayStation 5, Xbox Series X/S, PlayStation 4, Xbox One, and PC.

Call Of Duty Will Stay On PlayStation For Now, Bloomberg Reports